Today, I got an email from my good friend Juan Carlos Azpurua. You may remember him as the guy who sent us the report from Venezuela's first big anime convention, Convencion Avalancha in 2006. He also provided us with the translation of his friend Alvaro Carvajal's report from his Hasbro Office Tour in 2007. Juan Carlos collects mostly 1980s American toy lines, but also has an interest in Japanese robots and has been an invaluable source for learning about what was produced in Venezuela. Everything I know about Famosa Jumbos is because of him.

Well, a couple years back, he sent me the following picture. 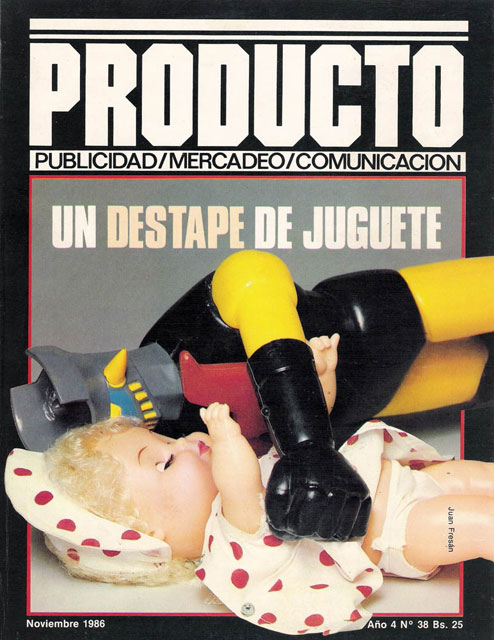 This image was from a vintage Venezuelan toy catalog and shows a Mazinger Z Jumbo Machinder that I'd never heard of before. It's based on the Popy mold, but has yellow limbs. Strangely, although it adorns the cover of the catalog, there was no mention of it inside! So it's been unclear if this was a toy that was ever actually produced... until today.

Juan Carlos received this image from a reader of his blog and forwarded it along to me. It shows a young child in a room full of toys including a Famosa Great Mazinger and right behind it, the yellow limbed Mazinger Z! 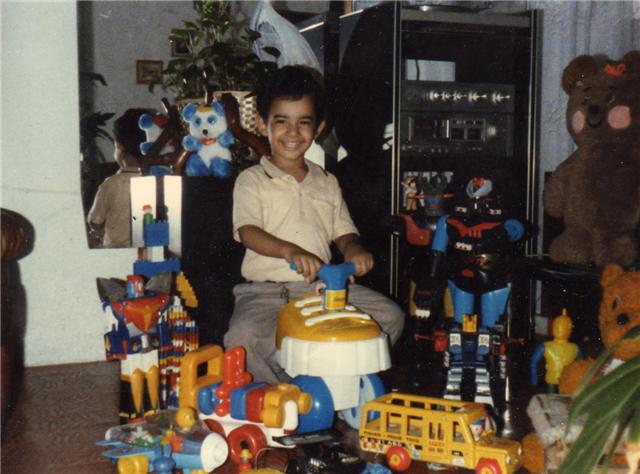 Juan Carlos' blog has details about it, but it's all in Spanish. But the gist of it is that the actual product was bought in Caracas, Venezuela and features red on the face, instead of the yellow seen on the catalog. The limbs are very thin polyethylene and the head is a sort of hard rubber. The chest plates are connected to the body via screws (much like the extremely rare "Nails Mazinger Z" from Spanish makers BRB Merchandising). Since both images show a lack of a Hover Pilder, it's assumed that the toy did not come with one.

As a huge fan of bootleg Jumbo Machinders, it's great news to hear that this was actually made. I hate not knowing if I'm wasting my time looking for something that may not actually be out there (such as the rumored to exist God Mazinger Jumbo or the only seen in a magazine Korean Grendizer..).

Of course, that picture above also has some other interesting items. Note the Ceppi Ratti Daitarn 3 toy to the left. This toy is most known to come from Italy, but was apparently sold in Venezuela as well. Also, to the right is a small yellow/blue/green toy that appears to be a really cheap knockoff of Ultra Seven! I've never seen that before and would love to find one for my own collection.

Thanks again to Juan Carlos for helping to bring these strange toys to light! And if you wanna see one of the most impressive collections around, I suggest you head on over to his blog. Even if you can't read Spanish, the pictures are worth your time. Although it's not what I actively collect anymore, I grew up on all that stuff (He-Men, Thundercats, Sectaurs, GI Joe and many, many others..) so I have a real fondness for it. And he's got one of the most mind-blowing collections I've seen. Check it out here.