We're thrilled to announce that the Iron Giant Deluxe Figure will be available for Pre-Order starting tomorrow. We worked to obtain the digital files used in the film to create the most accurate and detailed Iron Giant figure to date. As you guys probably know by now, we’re huge fans of the film and it’s been an incredible process bringing this hero to life.

The figure features over 30 points of articulation, two interchangeable heads with a light up feature, magnetic "S" that can be detached from its sign and attached to his chest, switch-out "War Arm," Hogarth mini-figure, and a girder to munch on. In addition to this, the figure also includes a sound feature, with Iron Giant quotes from the film!

Available exclusively on our site, we'll also have a special limited edition version that comes with the "Hand Under Foot" accessory, modeled after the Iron Giant's detached hand that runs loose in the farmhouse.

Check out more detail shots and information on our blog. This figure is expected to ship the 3rd Quarter of 2015."

It will be sold in two versions:

"The Iron Giant Deluxe Figure with "Hand Under Foot" accessory. Approx 16" in height. 30+ points of articulation. Sound feature. Edition of 250. $315" 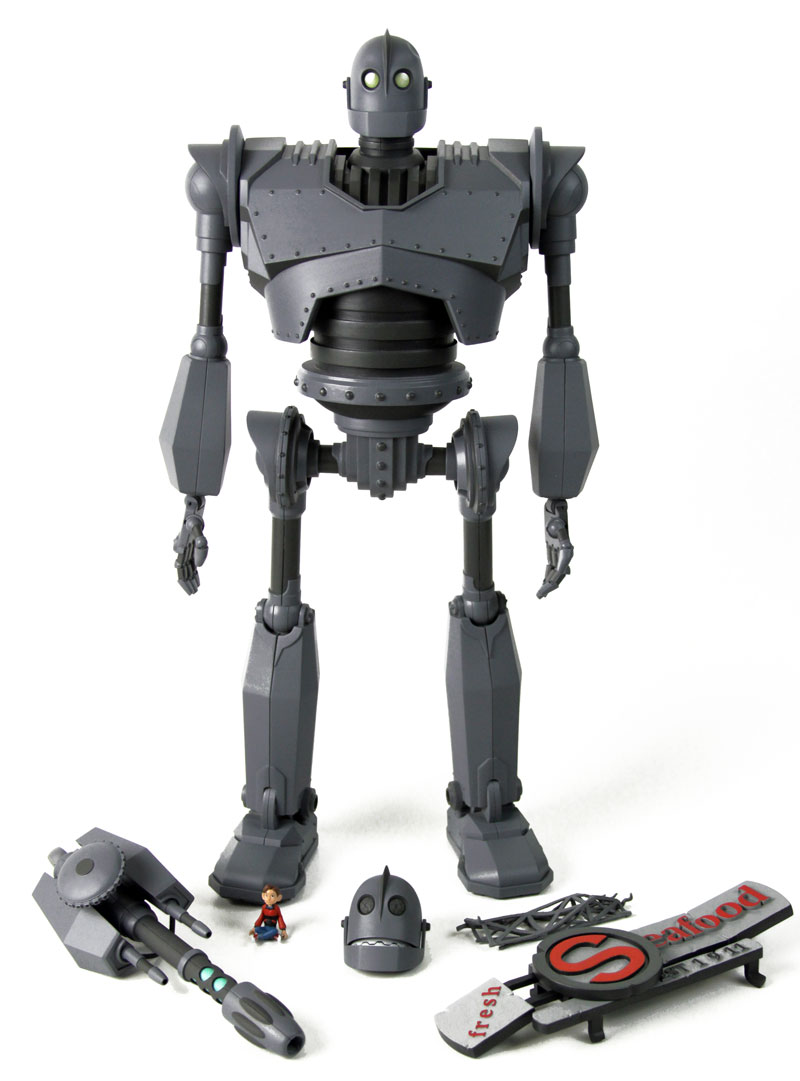 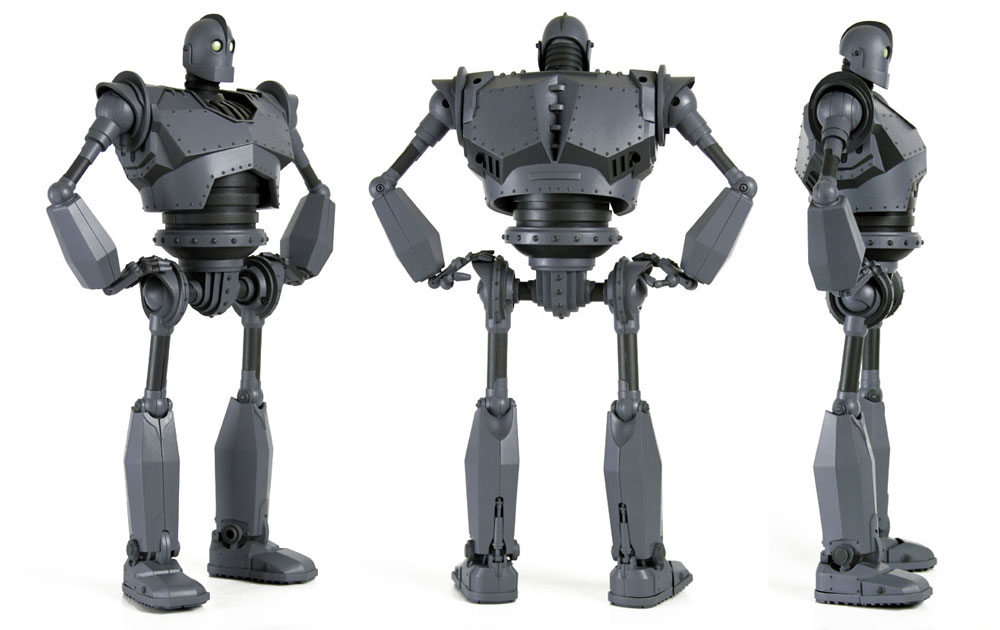 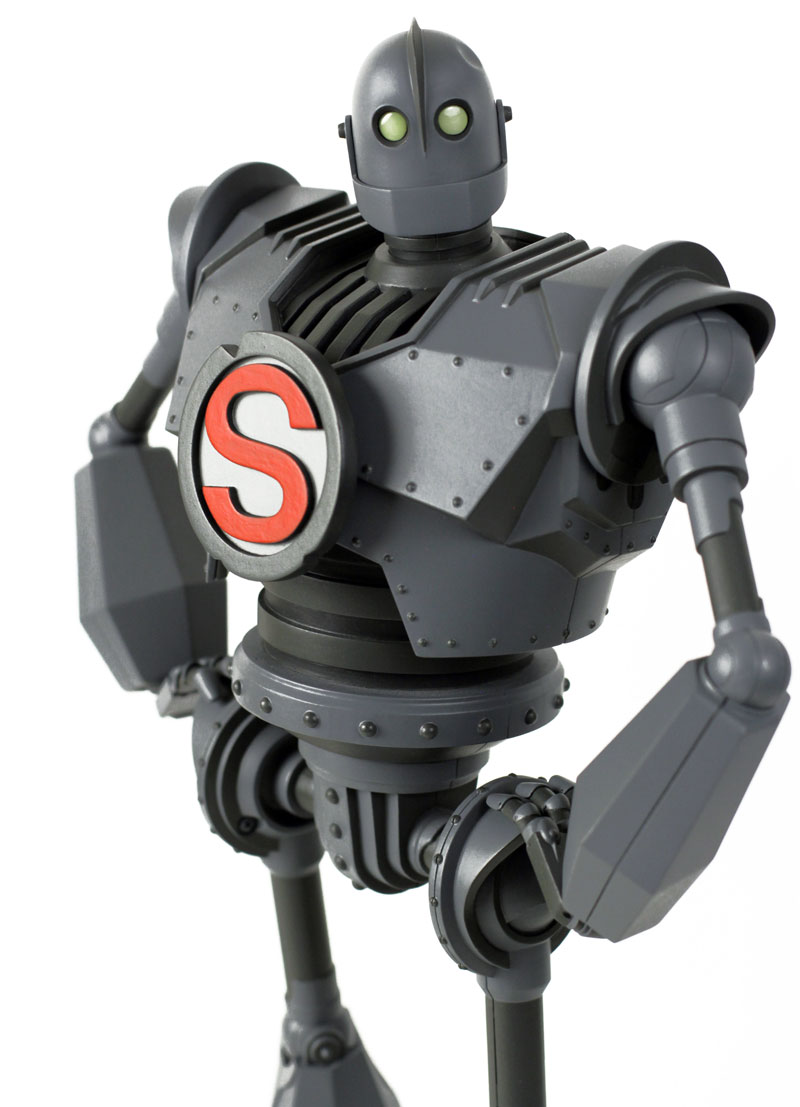 Looks pretty cool! Of course, the source robot is cool.
Personally, I think the Ultimate Iron Giant, and the next one smaller from the first toy run, already have this covered, but NOT going to complain of renewed interest in the character.

I don't know. the pics look lacking. maybe its the plain finish, but im not sold. the price tag seems steep.

As with any new toy release, we should always wait for reviews because as nice as it appears, this could turn out to be awful. Those new animated batman figures look great, but they are made out of cheap fragile plastics. Glad I waited for reviews and after seeing breakage upon breakage, I did not buy them.

With Mondo, it'll probably be long gone and fetching double by the time we see a review.

I mean, it's probably been at least a decade since I saw the movie, but I don't quite remember all those seam lines.

Wish I could, but not for in the $325 w/shipping range.
Even if I sold my Ultimate Giant...
Probably no metal, right?