Magazine scans show that Max factory is still planning on releasing a 12 inch tall gokin Big O. I hadn't realized they where working on one. No other info available at this time... 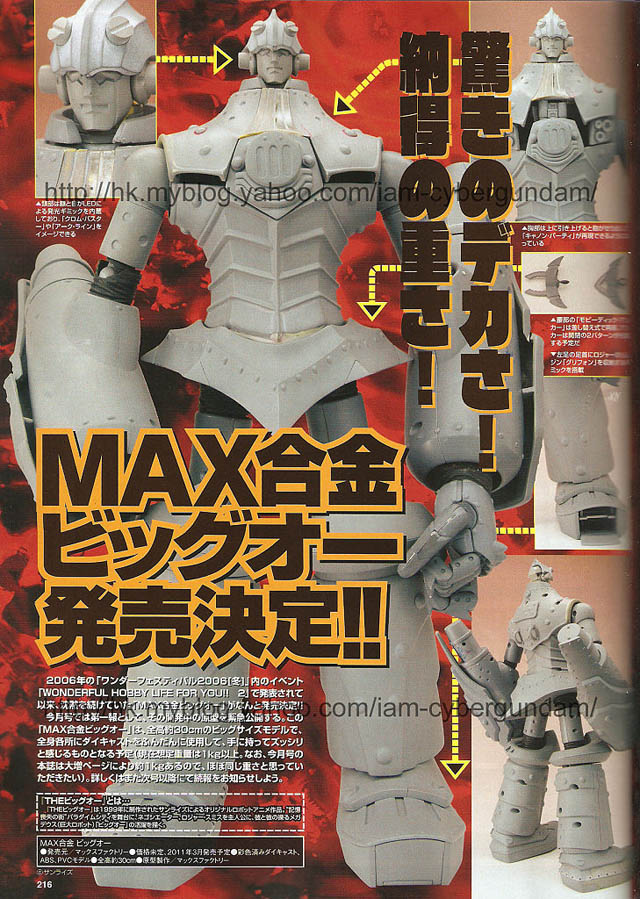 I am still bitter about Bandai's version having the accessories that separate $rape$ set...150 bucks for chains and a rubber car...now going for 300 bucks!!!

Wish I could read moon, since the first thing I saw was '2006', surely that's not when it was first announced/started development? I know we're due for another Max Gokin, but something seems suss here... I hope I'm wrong, especially with the 2011 part noted later on.