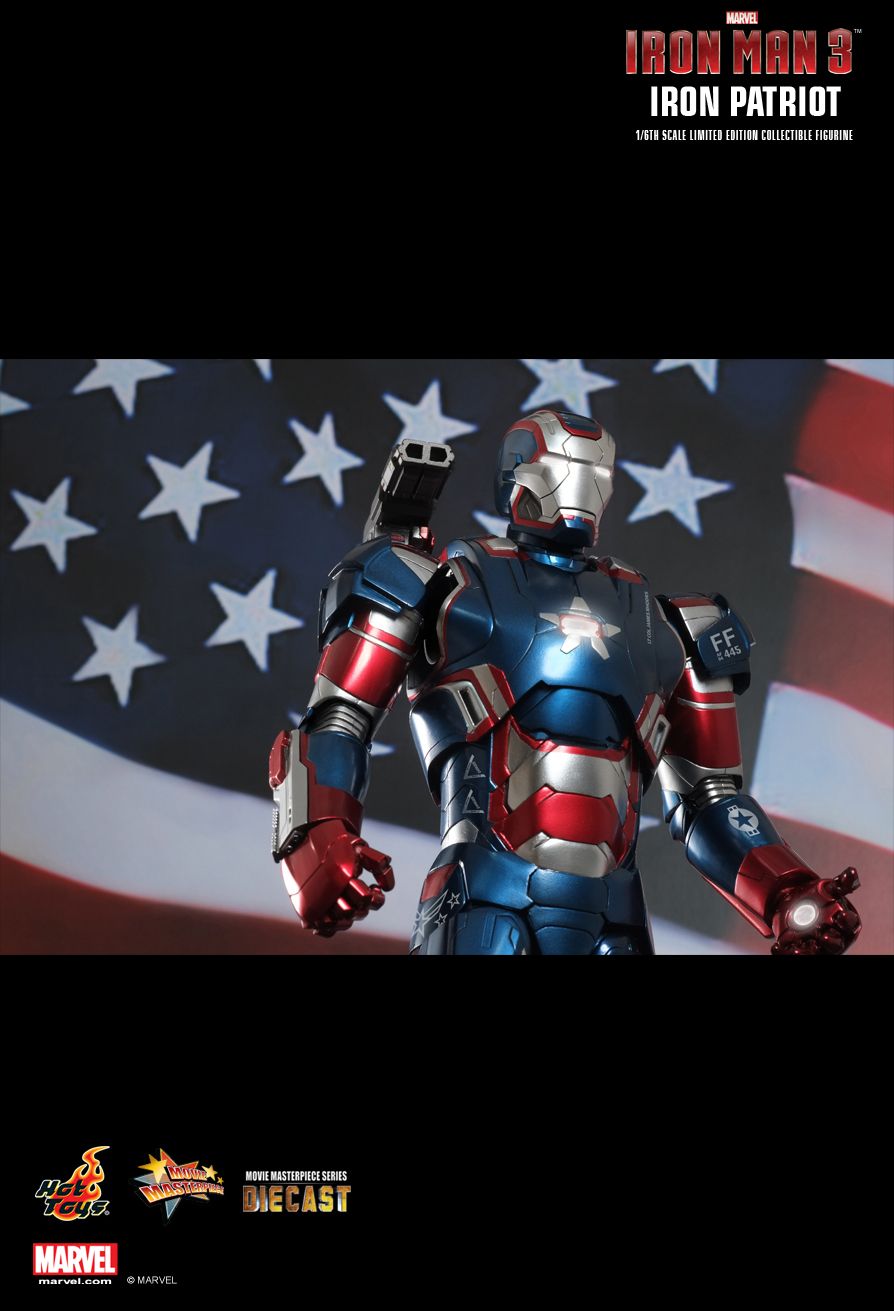 Armed and ready! The Eagle has landed!

The Iron Man 3 movie has become the talk of the town just one month before movie launches. Specialized in highly detailed and movie-accurate Iron Man collectible figures and established an indivisible relationship with Iron Man since the first Iron Man movie, Hot Toys is proud to present the brand-new character – the Protector of Liberty which is well fortified of military strength and technological superiority – the 1/6th scale Iron Patriot Limited Edition Collectible Figurine from the Iron Man 3 movie from the MMS Diecast Series. 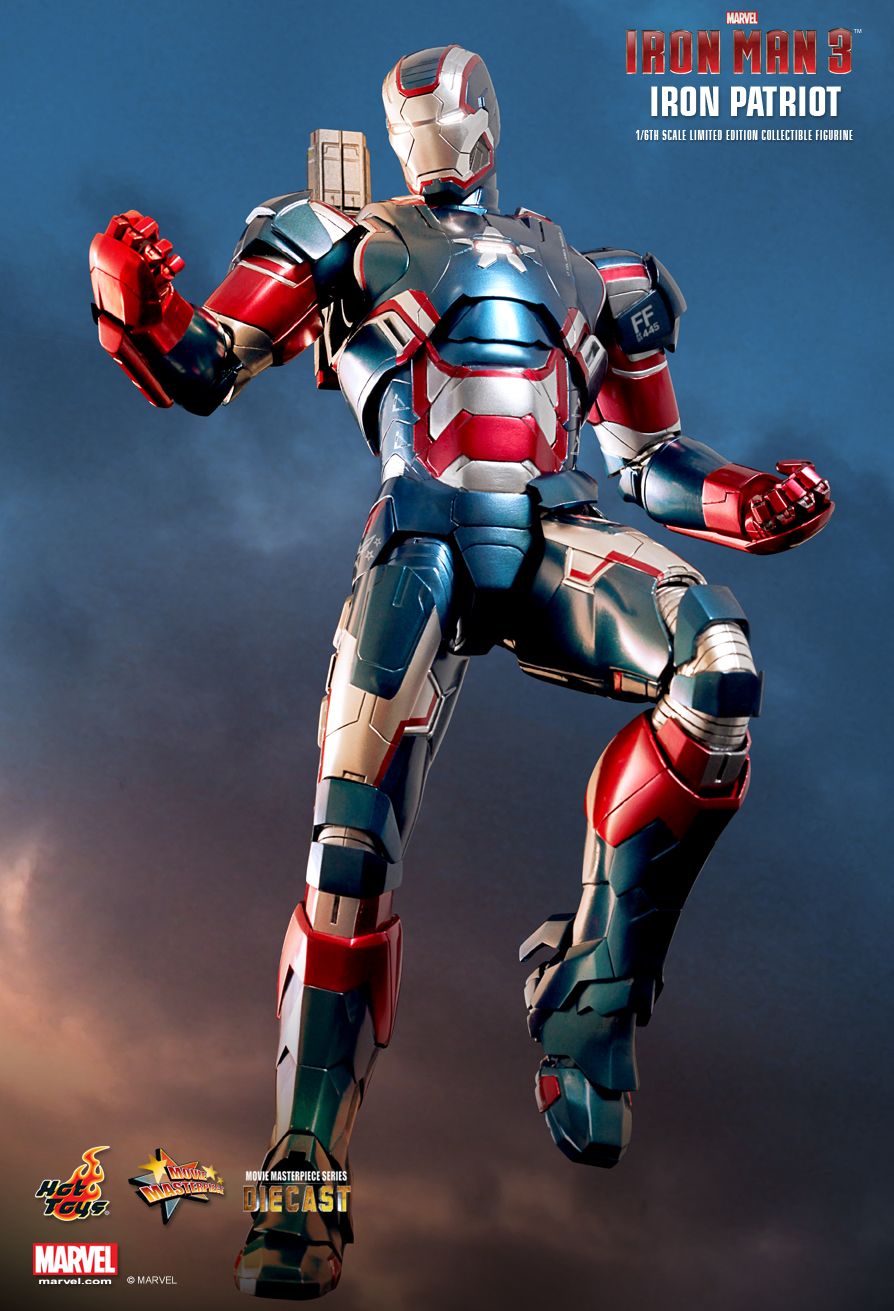 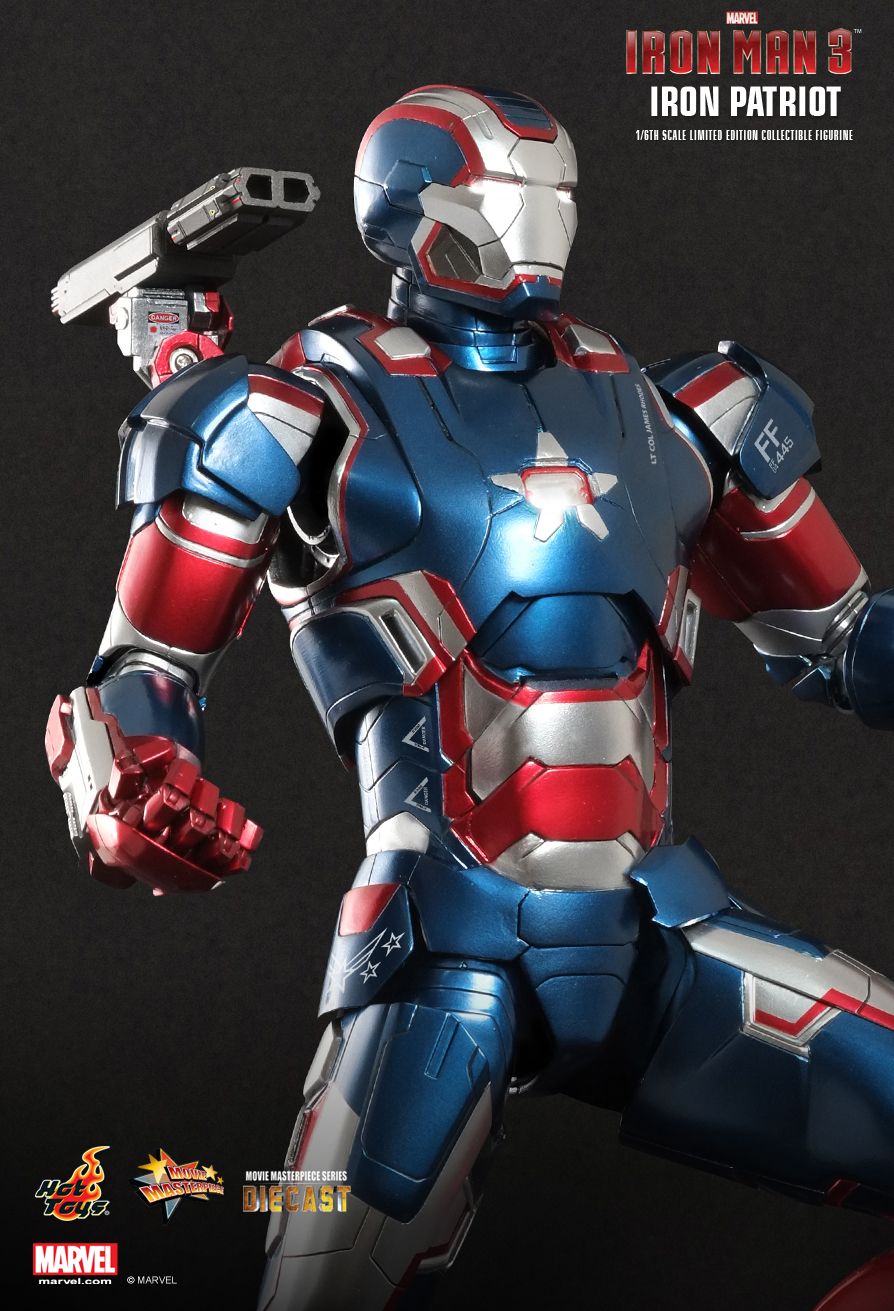 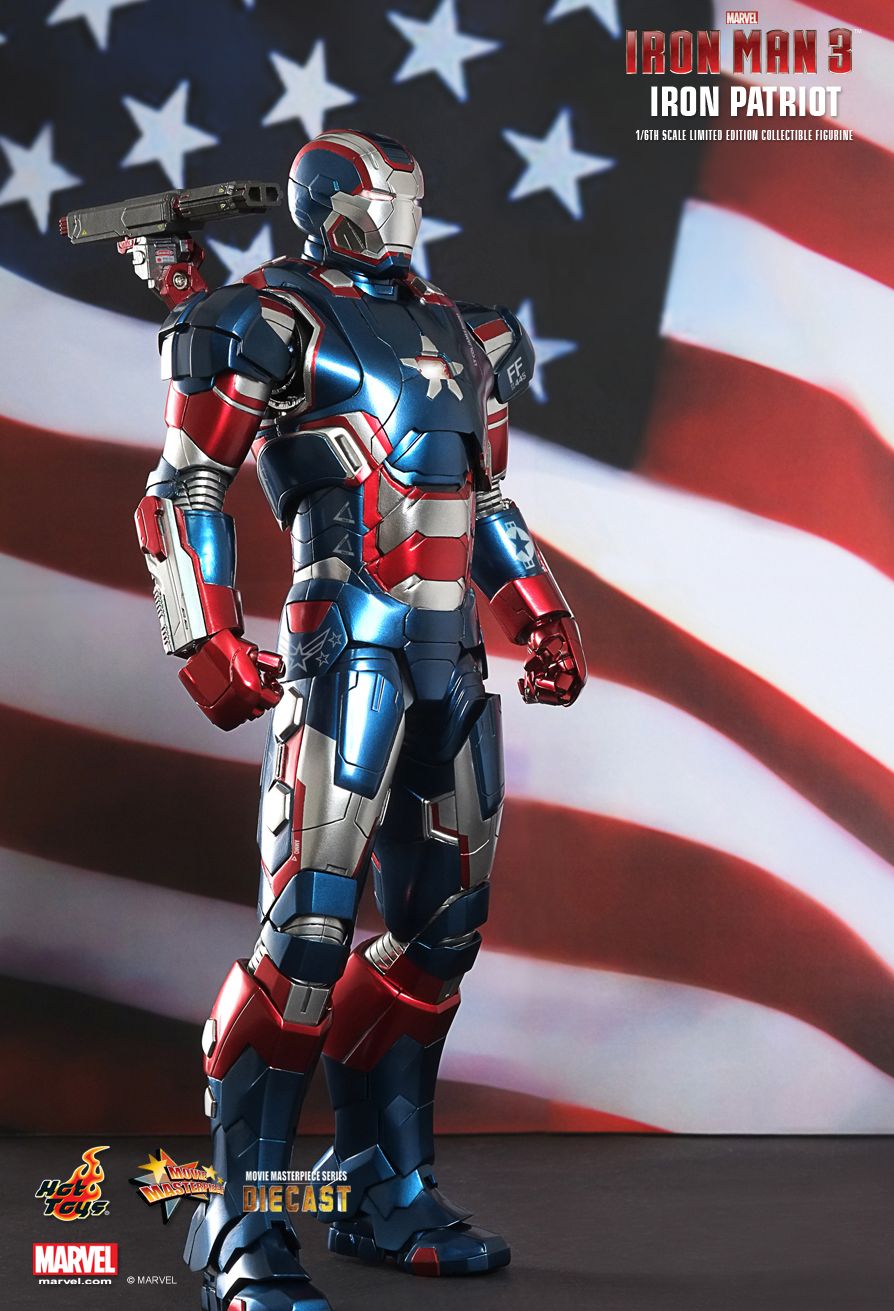 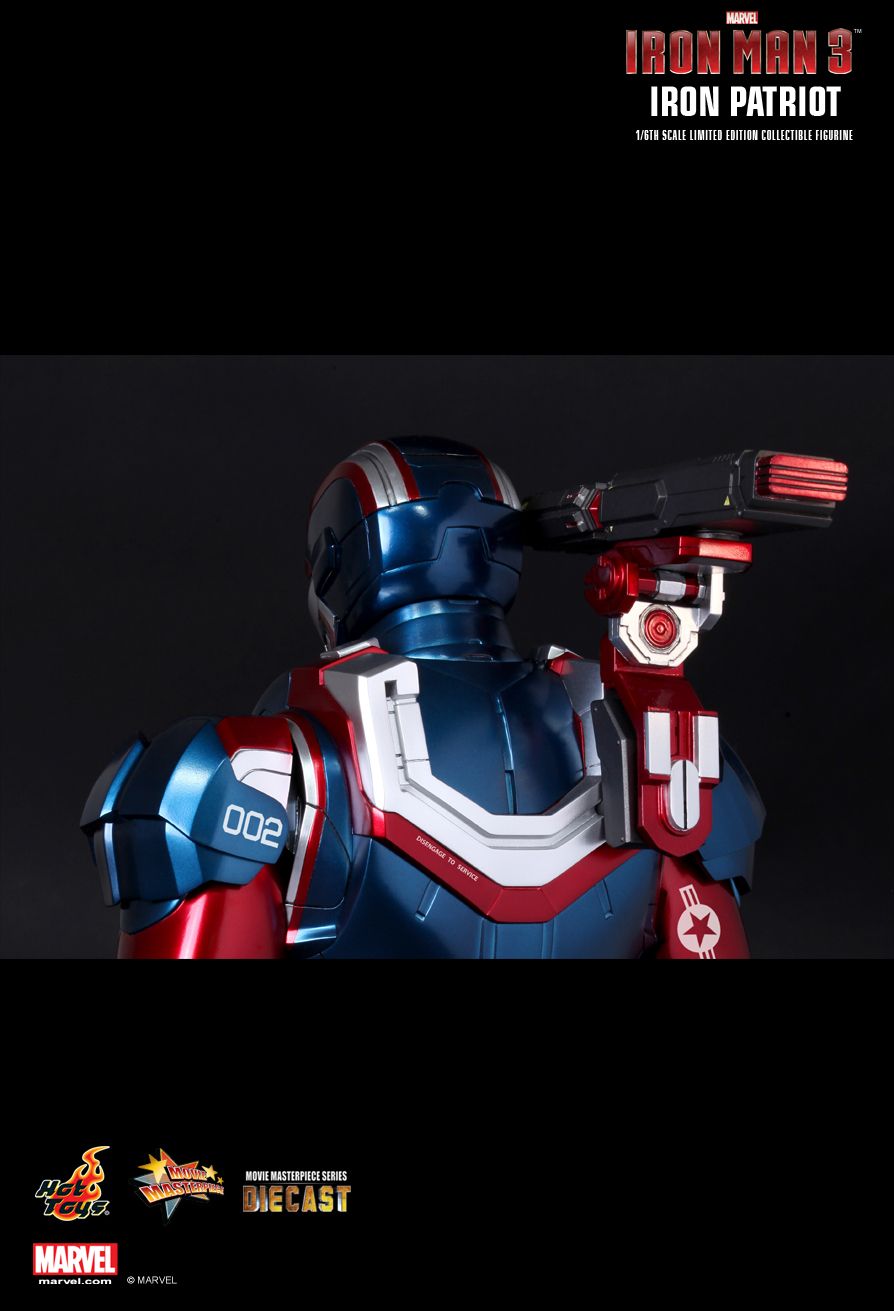 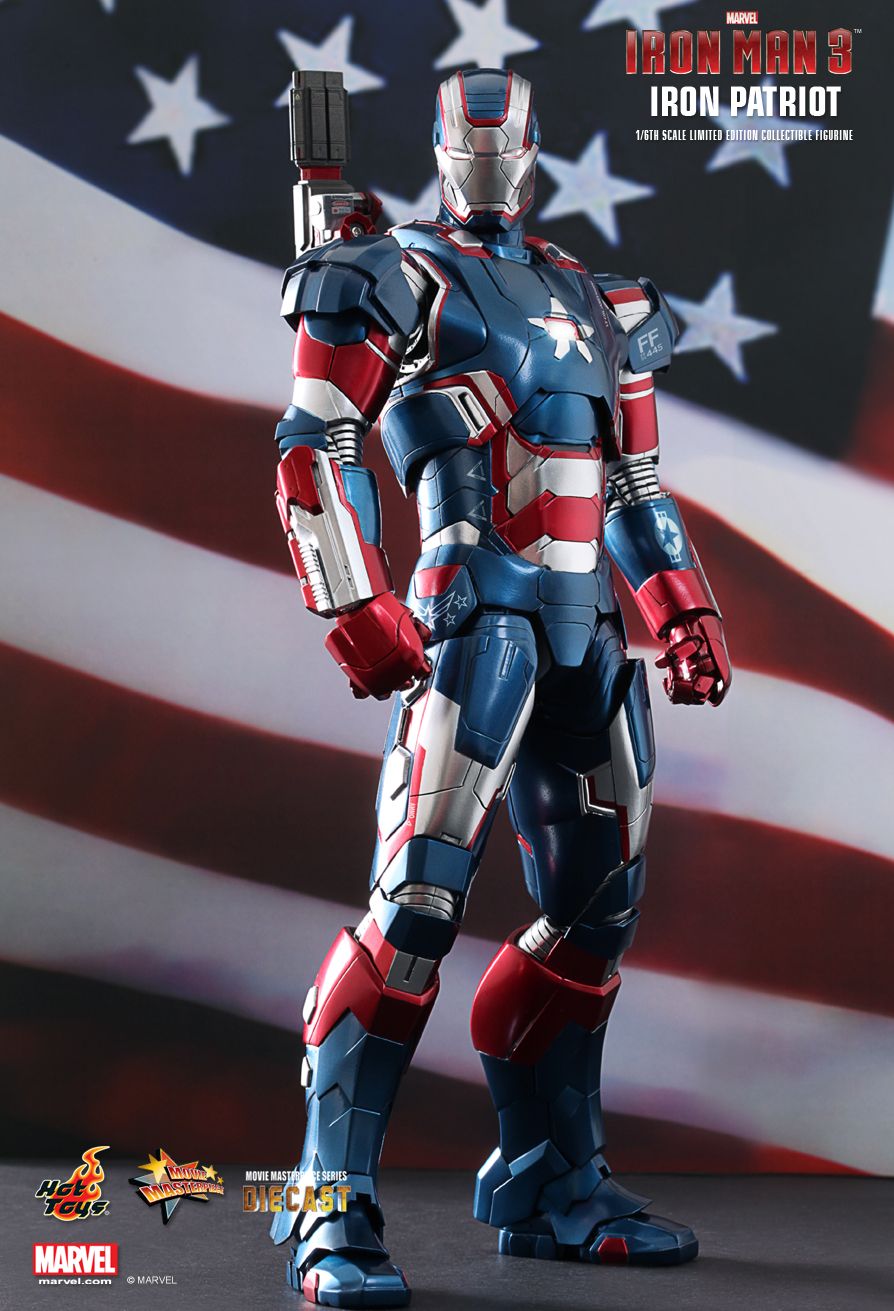 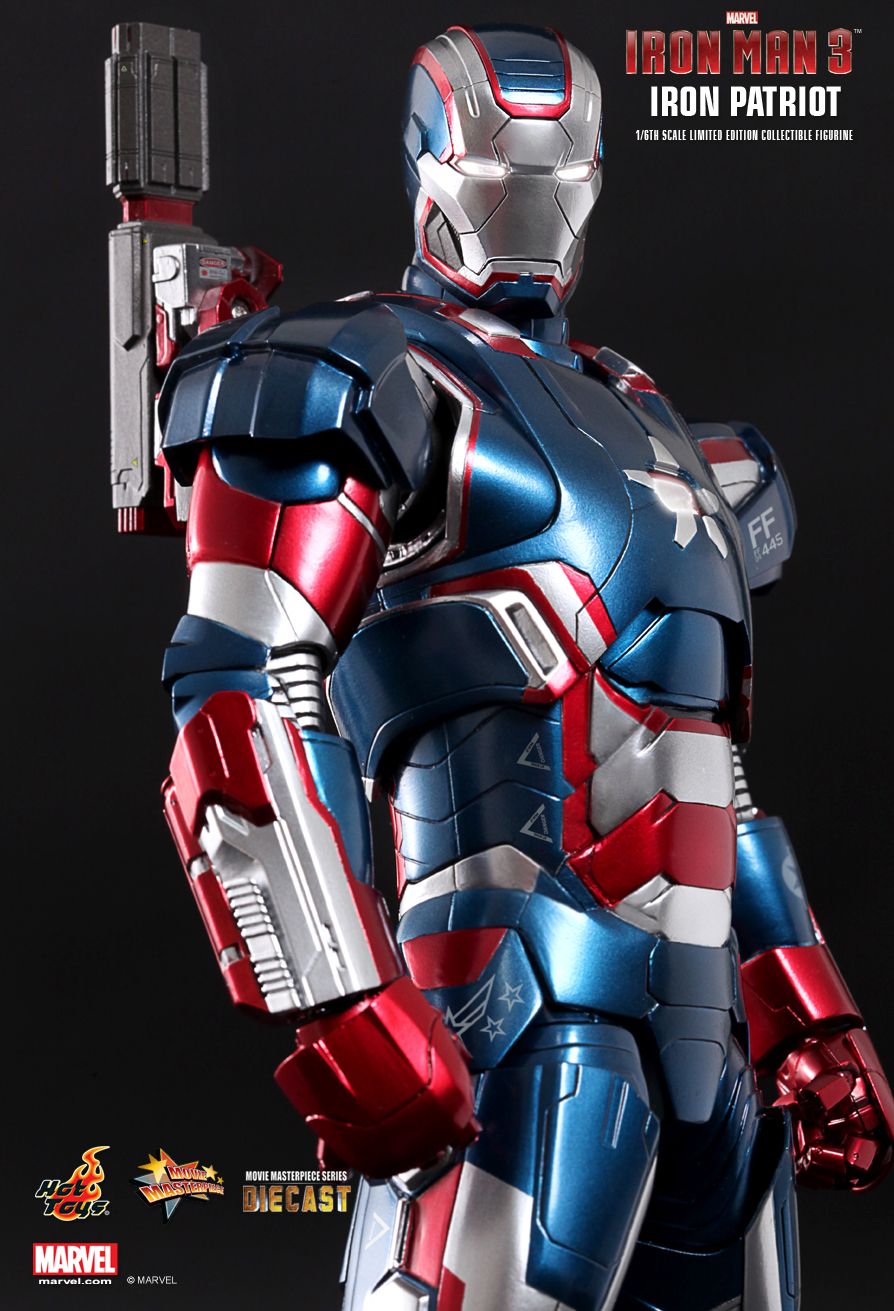 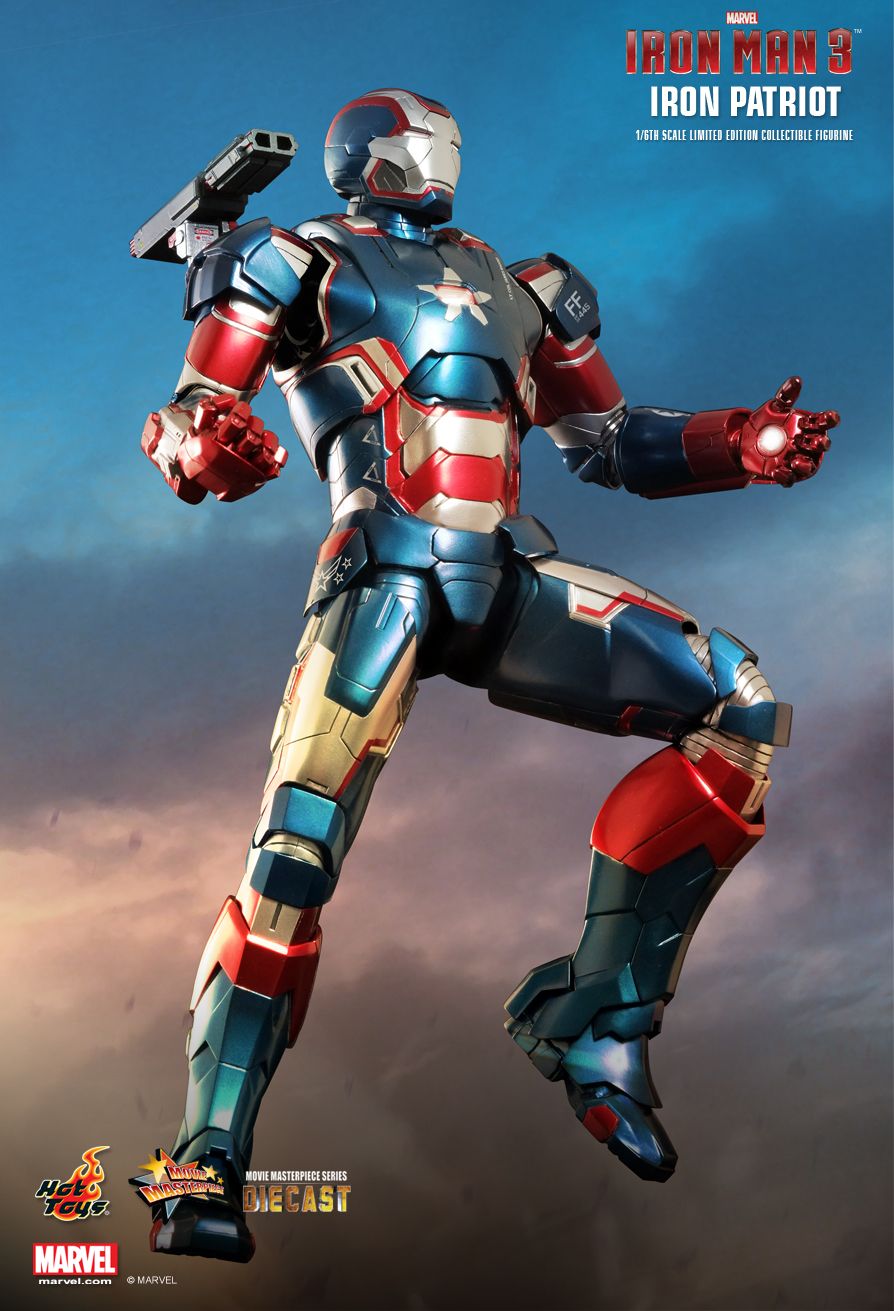 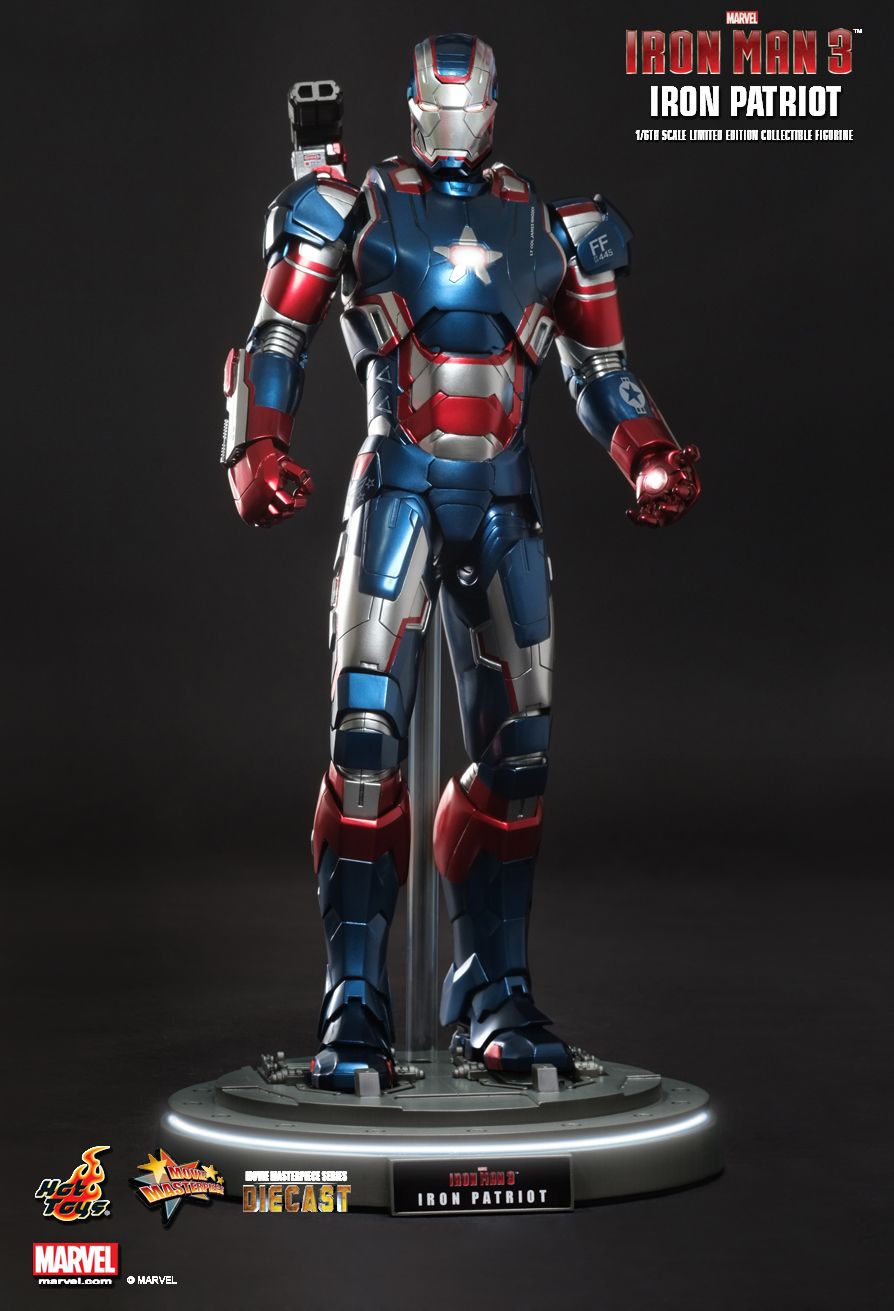 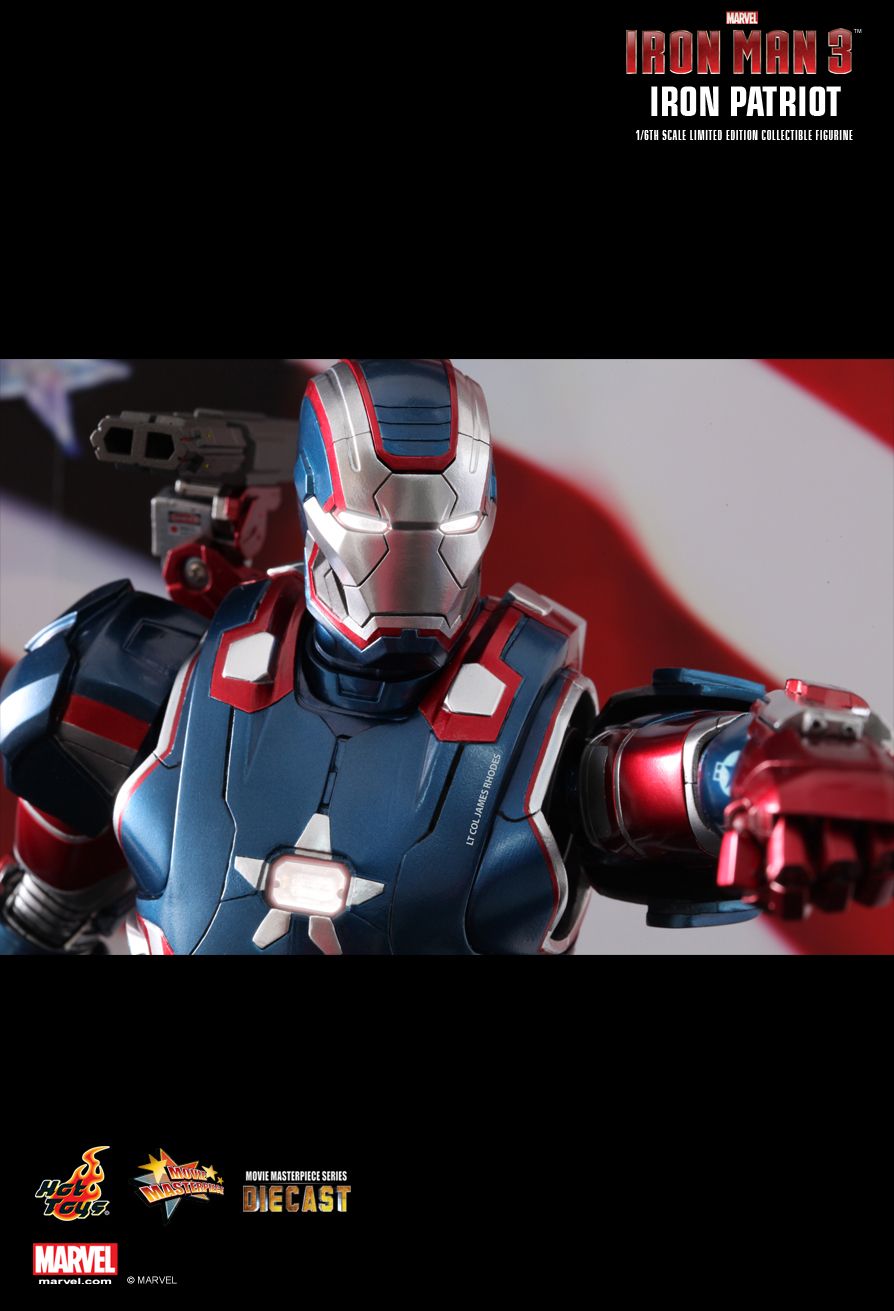 - Over 36 points of articulations

- Three (3) pairs of interchangeable palms including:

- One (1) rotatable machine gun at the back

**Product details could be subjected to change without further notice

**Battery not included for figure stand, 2A batteries (2 pieces) are required

This is quite a bit cheaper than I was expecting. By keeping it around the $300 mark, I wonder if this will just be the next standard for Hot Toys' Iron Man figures, rather than trying to split releases between diecast and non. If that were the case, the cheaper 1/6 statue line would make a little more sense to me.