Bandai is given the fans a cult classic Mobile Suit with this HGUC 1/144th scale kit of the Stark Jegan as it originally appeared in books depicting Mobile Suit Variations (MSV) for Gundam: Char's Counterattack. In contrast to the redesign from Gundam Unicorn, this version of the enhanced grunt represents Mika Akitaka's illustration from the 80's. Comes with a beam rifle and a hyper bazooka. This kit is being sold through Bandai's premium online shop. Coming June 2015 for 2,484 yen. 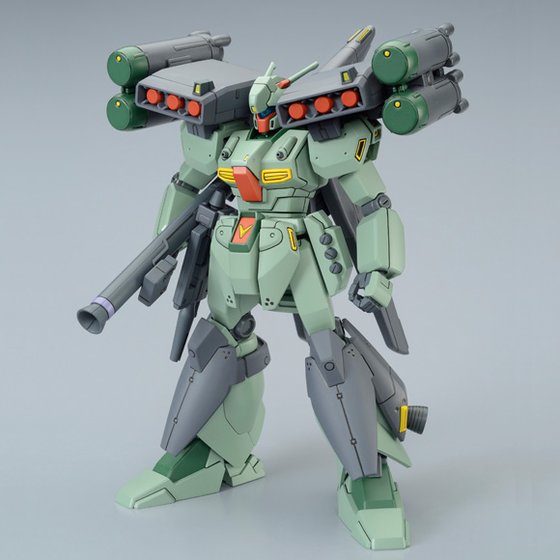 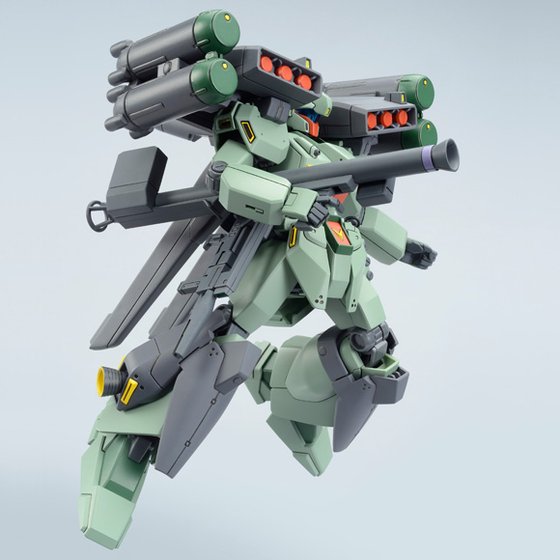 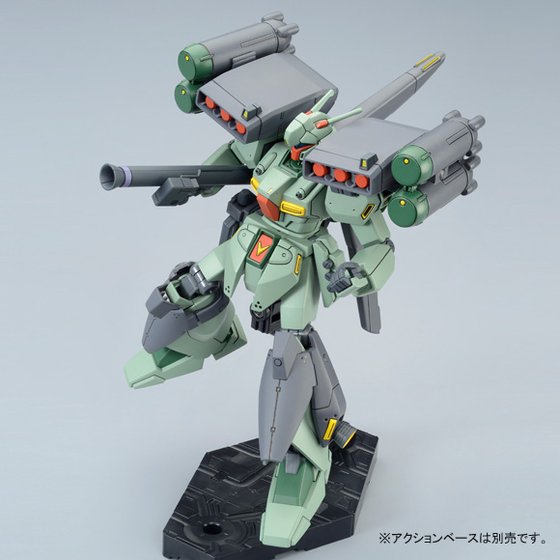 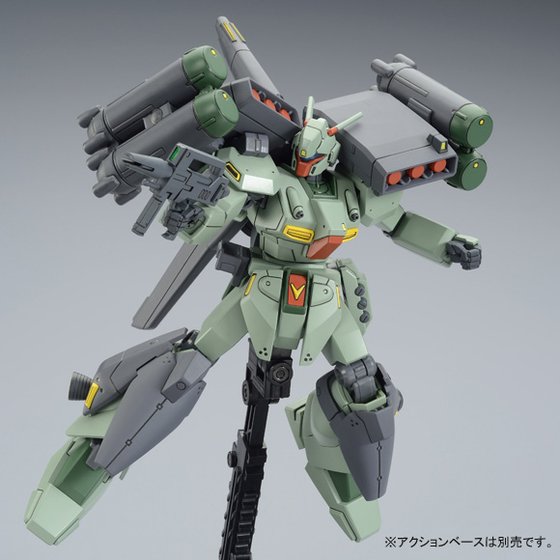 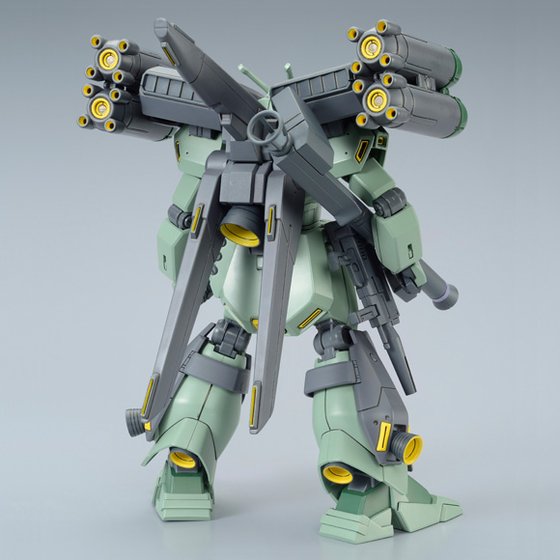 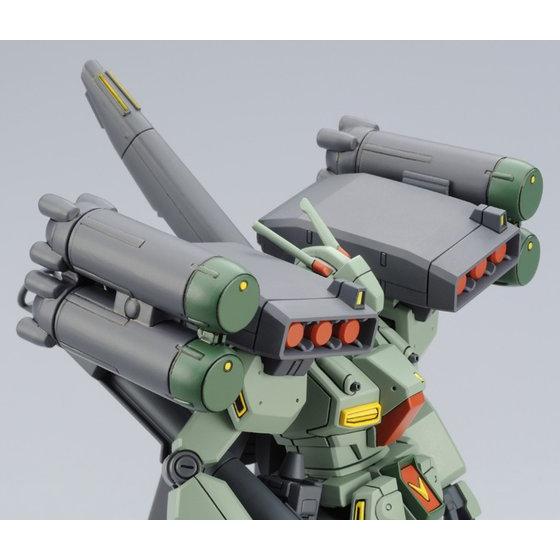 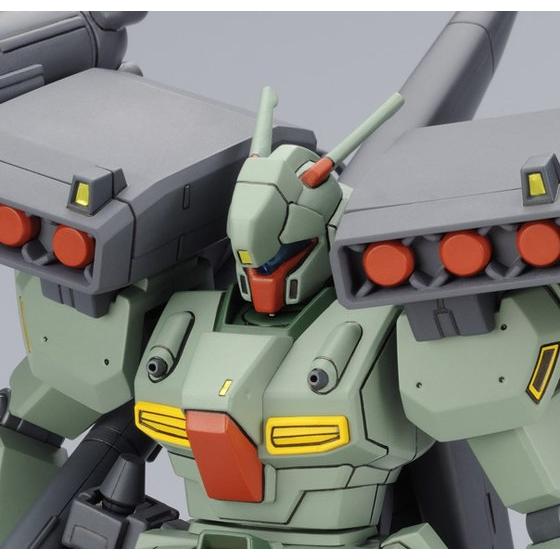 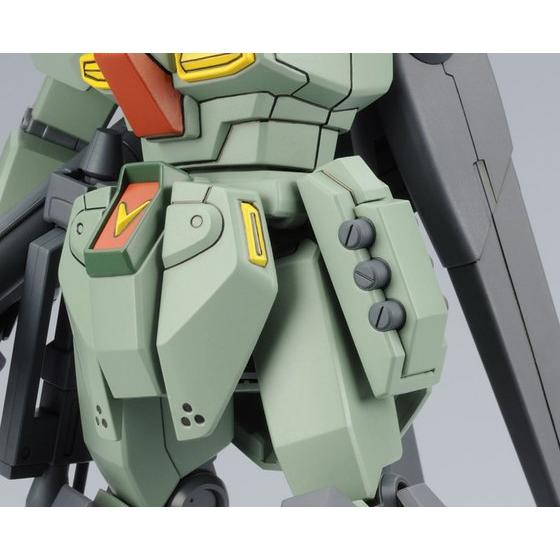 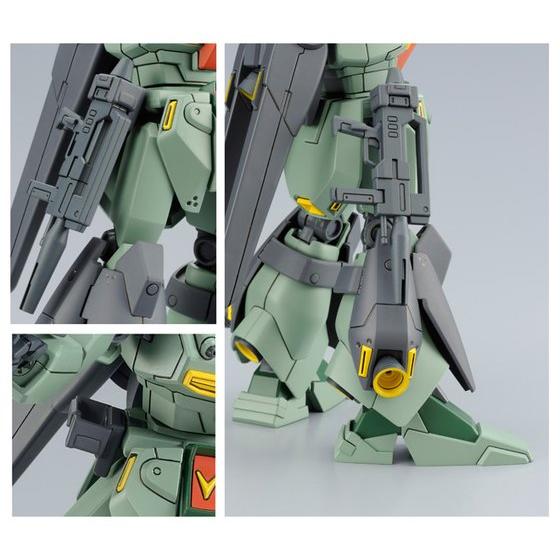 Bandai, We need to talk.
I love your creations. I love the hobby, but what I don't love is how I'm now buying kits at almost twice their original price just for the variations you're selling as Exclusives. Seriously, what happened? There was once a time you didn't bat a mono-eye at releasing multiple versions as regular releases. How many Zakus within a given span of months? Char's Variants?
The Stark Jegan is a great design, don't get me wrong. I'm happy we're getting a CCA version, and I'll be even more excited when they say "Proto-Stark Jegan" with the massive anti-ship warheads, but making it as an exclusive is almost a joke compared to the kits we've gotten from "Unicorn" that get re-released as their original series versions, including the MSV labeled designs.

I can understand Exclusive Add-on kits; Full Armor Unicorn, HWS Hi-Nu Gundam, Double Fin Funnel Custom, etc, but not the designs people want, and could routinely afford if they were regular releases.

To be fair (and not that a big company like Bandai needs defending), people overseas aren't the target market here. This is only a couple hundred yen more than the Japanese retail price of the regular Stark Jegan, so it's not as if they're unfairly gouging prices. It sucks for the people who don't have access to the web shop and have to go through ridiculous middleman markups, but that's kind of always the story for people importing from a different market. I mean, double Japanese retail (at least!) was basically the standard for all gunpla for years.

As for why Bandai isn't putting up a bunch of variations as regular releases, I think that's more a result of the current state of the economy, although that's only speculation based on what companies like Max Factory have said (and the fact that the yen is doodoo).

I fully understand all of what you're saying.

The middleman mark up is what I'm dealing with, even from sites in the US that offer a discounted price at pre-order. I've still paid almost one and 1/2 times the price for the exclusive version of a model when it's only got so few new parts compared to the original.
What's bothered me in recent months is how frivolous Bandai has been on certain kits that get their start as Exclusives that later get retooled for regular release. The Exia Repair 2 from "00" which was produced as an exclusive Master Grade was used as the base model for the regular release Dark Matter Exia from "Build Fighters."