Torchwood action figures hit the US!

Yeah, I got sucked into the whole Doctor Who thing, and through it, I became a big fan of the spinoff, Torchwood. It's kind of like the X-Files, with a distinctly Doctor Who slant.

Well, the company that distributes the Doctor Who figures in the US, Underground Toys, is bringing Torchwood figures to the states, starting in July. Each case will have 12 figures in it:

The images are obviously of prototypes, but we expect them to have full articulation. Odd that these designs are based on Season 1, and season 2 just wrapped up here in the US. You can catch Torchwood on BBC America. 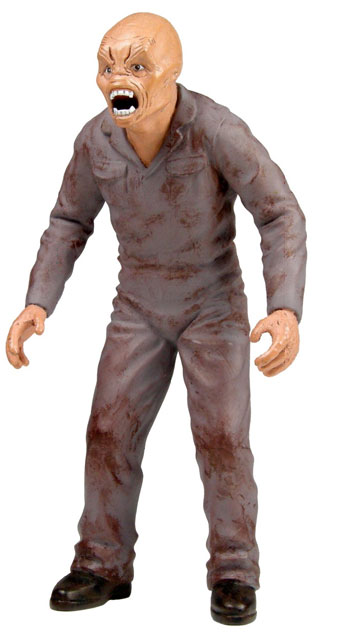