"Exclusive Godzilla Vinyl Wars (GVW) soft vinyl Sofubi figures from the MEDICOM Toy Corporation return in the July PREVIEWS catalog for fans to pre-order. This wave of GVW figures features two different incarnations of the world’s most famous kaiju, as well as another popular monster from Godzilla movies, and all are scheduled to release in comic book specialty shops in late September 2015.

Godzilla Vinyl Wars is a collaboration between Japan's classic Sofubi manufacturers and cutting-edge toy maker MEDICOM Toy. Each release in GVW is a reproduction of a classic Toho Sofubi from the '60s through today, released legitimately for Western collectors for the first time ever.

The first exclusive, the Millennium Godzilla Sofubi, is based off the model of the monster from the 1999 film Godzilla 2000, also known as Godzilla: Millennium, the film thriller that prepared to bring the kaiju into the 21st century. The bright green vinyl figure was originally released by the Japanese toy company M1GO

The bright red Meltdown Godzilla Sofubi figure will have a special place in the collection of any Godzilla fan. This Sofubi depicts the kaiju from the scene in the 1995 film Godzilla vs. Destoroyah when Godzilla’s nuclear reactor heart goes into a meltdown, turning the king of the monsters into a giant red furnace.

The final Sofubi from this wave is popular Godzilla rival Hedorah the Smog monster. Hedorah, who first appeared in the 1971 film Godzilla vs. Hedorah, makes another appearance in GVW Wave 10 as a PREVIEWS exclusive with sludge-like appendages and bulging red eyes." 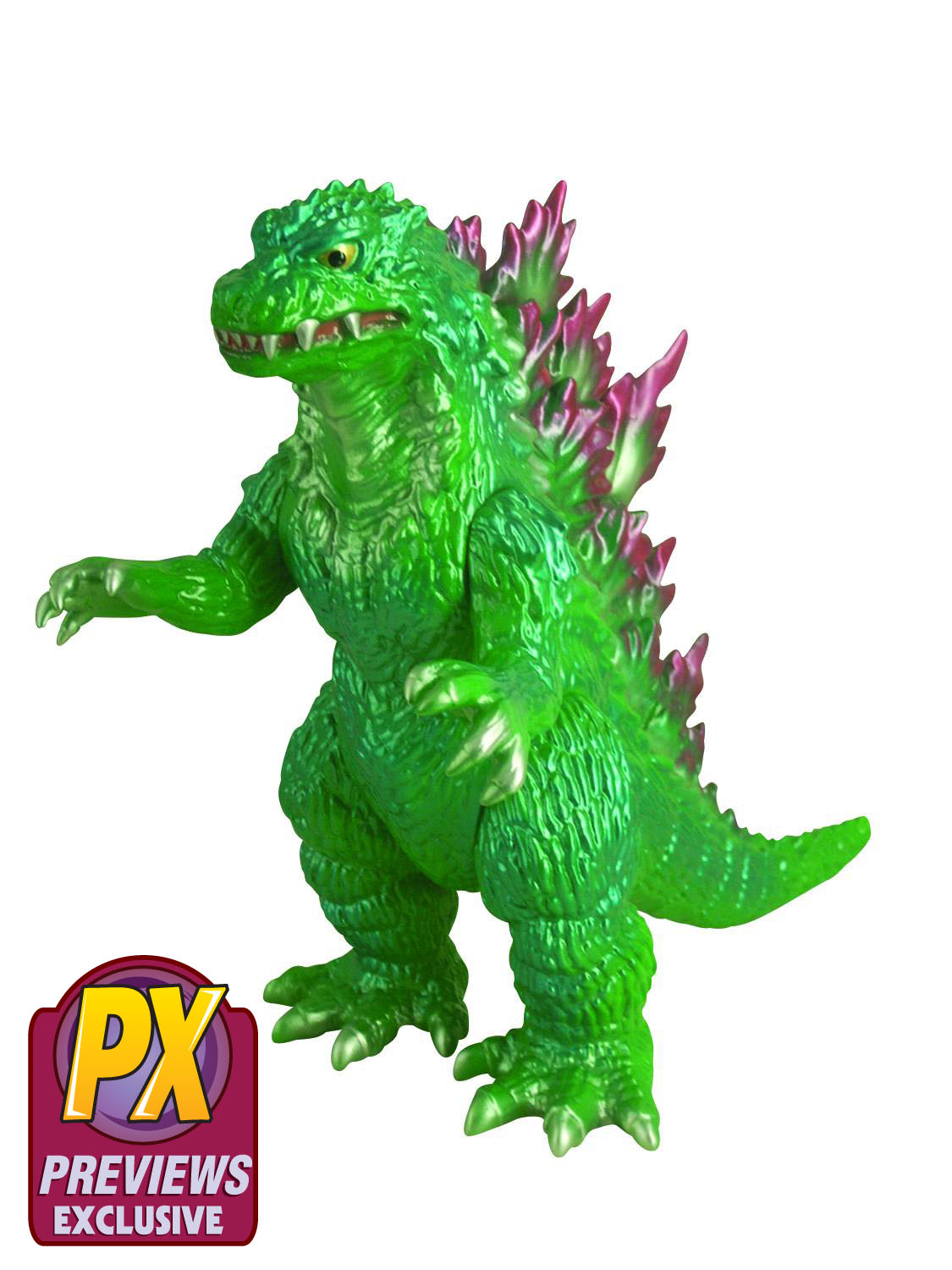 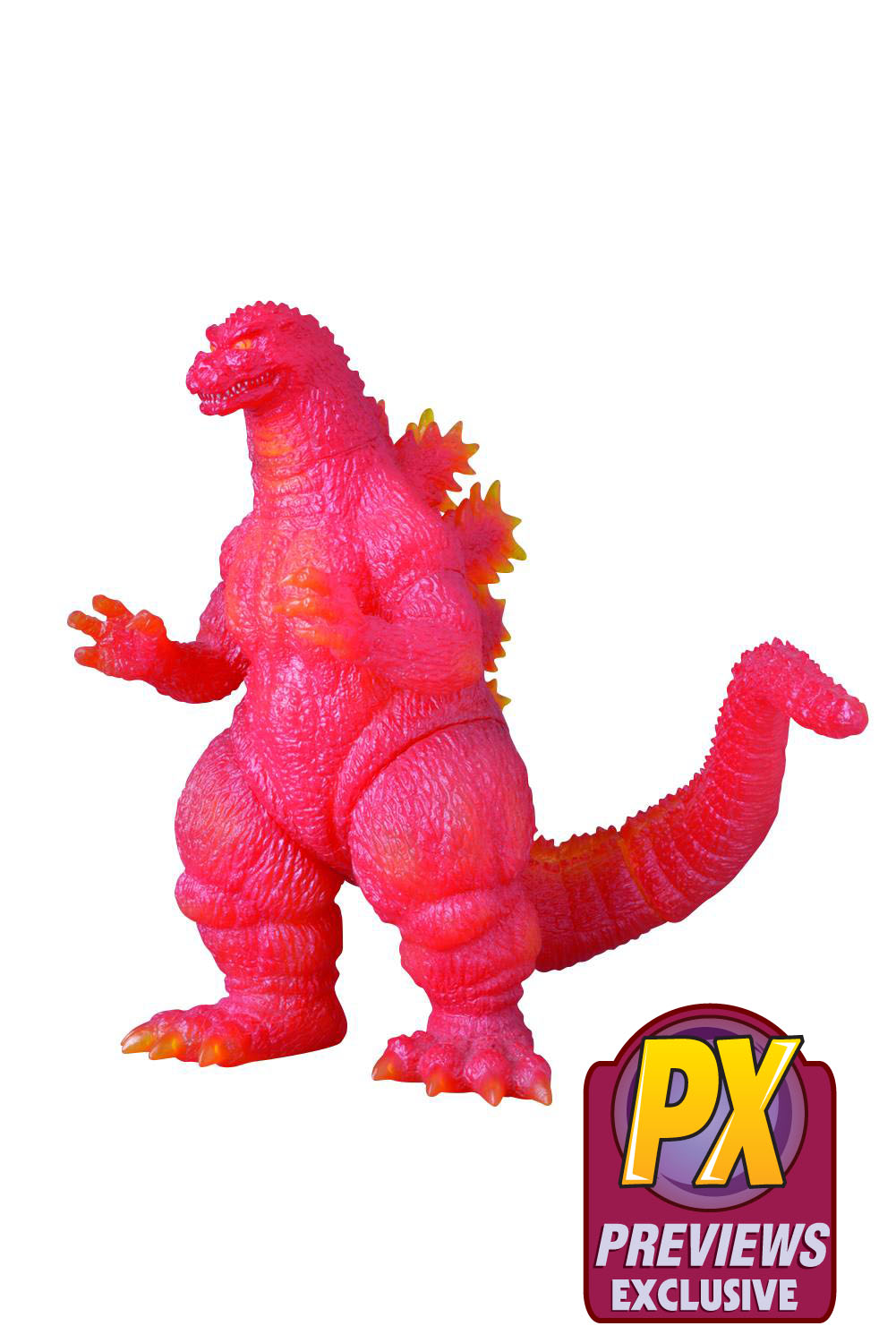 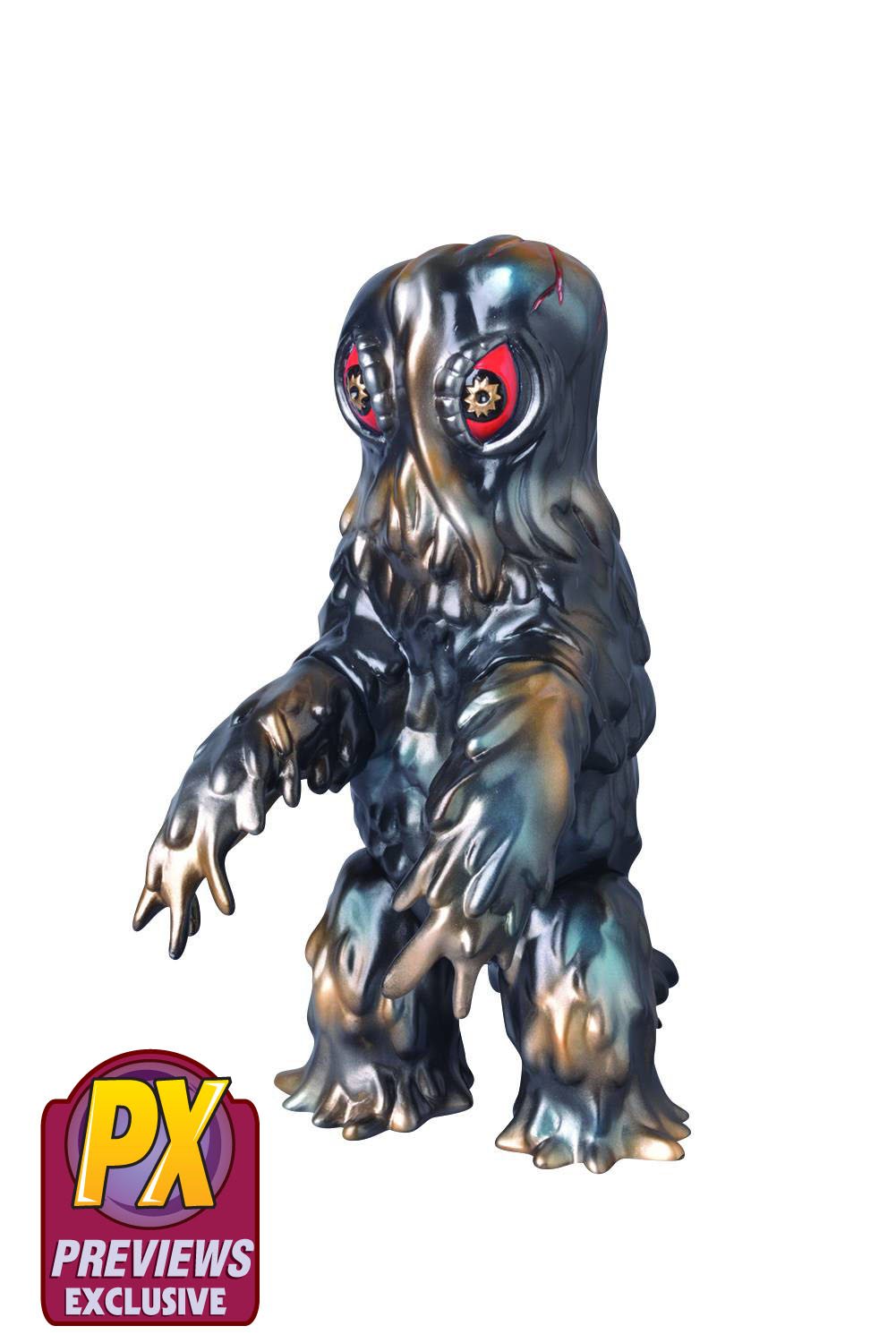