Tokyo, Japan – Japan’s #1 collector toy company Kotobukiya announces an original illustration of Marvel comics heroines has been created by master illustrator Shunya Yamashita. Yamashita-sensei has designed many of the new statues in the Marvel X Bishoujo series, and now has captured Rogue, Black Widow, and Scarlet Witch is a new, more playful light. This image was commissioned specifically for the San Diego Comic-Con, and as a special treat for fans, the image will be featured as a free poster as the centerfold of Kotobukiya’s SDCC catalog.

The future of the Marvel X Bishoujo Statue series will be previewed with sneak peeks at two new character designs. These will be formally announced during the Marvel Presentation at the Kotobukiya booth 1pm on Friday July 24th, co-hosted by Marvel’s Jesse Falcon. All this is in addition to the already announced SDCC Exclusive Yelena Belova Black Widow, and the SDCC Debut sales for Rogue and Natasha Romanoff Black Widow Bishoujo Statues. 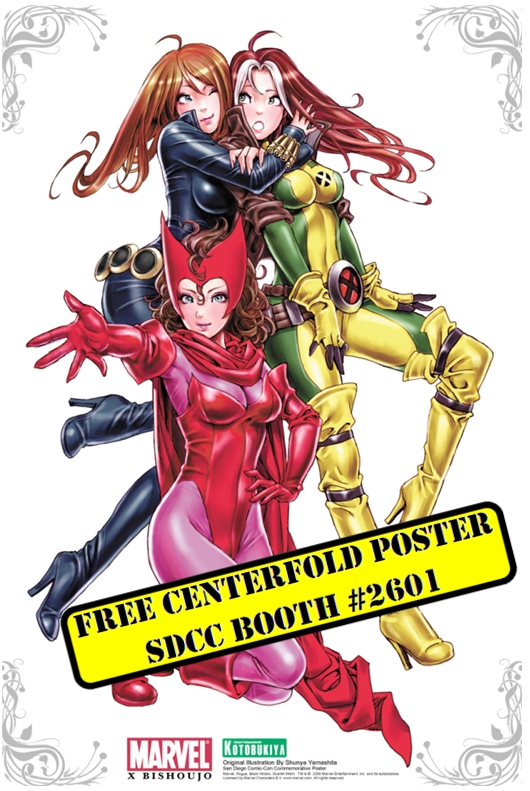 Please visit www.KotoUs.com for the most recent information, or stop by Booth #2601 during Comic-Con July 22~26 at the San Diego Convention Center.