These fantastic collector items will be available exclusively through Underground Toys in the US and through Forbidden Planet in the UK.

Product samples of these great Jon Pertwee 2 Packs will be unveiled at San Diego Comic Con on Underground Toys booth #3949 at 2.30pm on Thursday 23rd July!

Come along and take a look for yourselves at Comic Con booth # 3949!

The 3rd Doctor figure with Sea Devil from ‘The Sea Devils’
The Doctor and Jo visit the Master in his high-security prison on an island off the south coast of England and hear from the governor, Colonel Trenchard, that ships have been mysteriously disappearing at sea. Investigating, the Doctor learns from the Naval base commander that the sinkings are centred around an abandoned sea fort. Visiting the fort, the Doctor and Jo are attacked by a “Sea Devil” - an amphibious breed of the prehistoric creatures or “Silurians” encountered by the Doctor not long before.

The Master is secretly building a machine to wake the Sea Devils from their hibernation, so that they can reclaim Earth from the human population. The Doctor tries to broker peace between them and humankind, but is captured by the Master. As the time approaches, the Doctor’s only hope to save the human race lies in sabotaging the device and entombing the Sea Devils.

Contents
This set features an exclusive Underground Toys action figure of the dynamic 3rd Doctor as played by Jon Pertwee with a magnificent Sea Devil figure with brand new and updated decoration. The Doctors cloak is removable and he comes with his trusty Sonic Screwdriver. 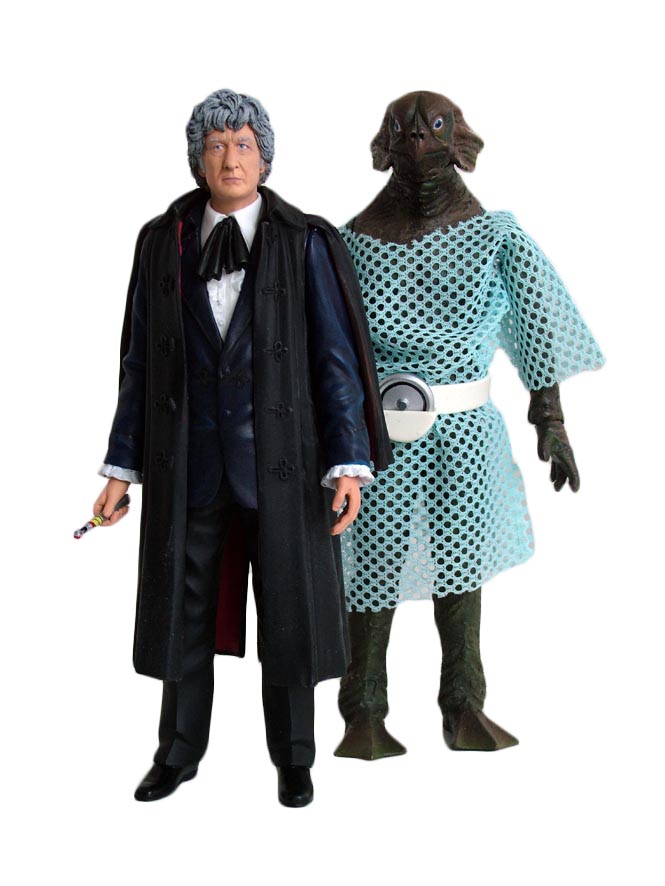 The 3rd Doctor figure and Dalek from ‘Death to the Daleks’
The Doctor and Sarah Jane arrive on the planet Exxilon, where all electrical energy is drained off by an unknown force. The Doctor meets a Marine Space Corps expedition from Earth, stranded by the energy drain, who tell him that a plague is sweeping the galaxy and that the antidote, parrinium, can be found only on Exxilon. Sarah meanwhile discovers a magnificent white edifice with a flashing beacon on top, but is captured by a group of savage Exxilons to be sacrificed for defiling their city.

The Doctor and the humans enter into an uneasy alliance with a group of Daleks who also land on the planet and whose weapons are also drained of energy. Rescuing Sarah, the Doctor and Marines escape into the tunnels around the city with Bellal, an enlightened native, as the Daleks reinforcements arrive, blazing machine guns in place of their energy weapons.

Contents
This set features an exclusive Underground Toys action figure of the dynamic 3rd Doctor as played by Jon Pertwee with Blue jacket and high boots. It also features a splendid looking Dalek resplendent in Silver and black livery and sporting a machine gun. The Doctor comes with his trusty Sonic Screwdriver. 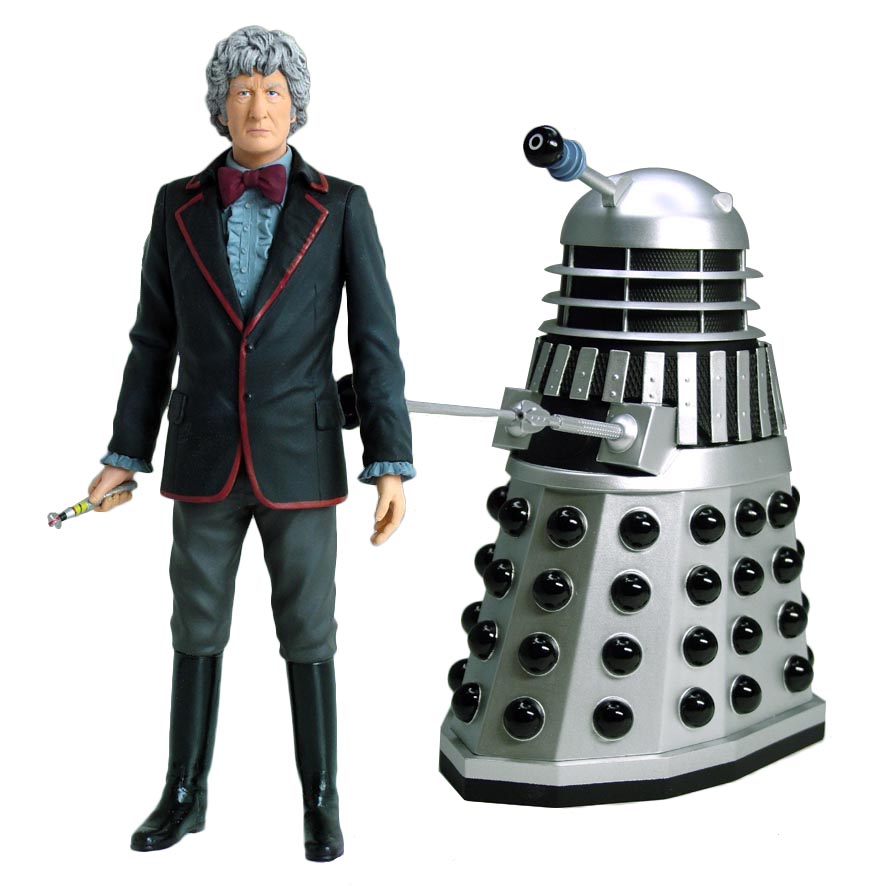