Here is a new Star Wars product from Lego:

"Battle the forces of the First Order with Poe's X-Wing Fighter. This customized starfighter is packed with features, like the 4 spring-loaded shooters, 2 stud shooters, retractable landing gear, opening wings, opening cockpit with space for a minifigure and space behind for the BB-8 Astromech Droid. There’s even a loader with tool rack, extra ammunition, and a seat for a minifigure. So climb the access ladder, strap in and get ready to recreate your own great scenes from Star Wars: The Force Awakens! Includes 3 minifigures with assorted accessories: Poe Dameron, Resistance ground crew and a Resistance X-Wing Pilot, plus a BB-8 Astromech Droid. $79.99 USD." 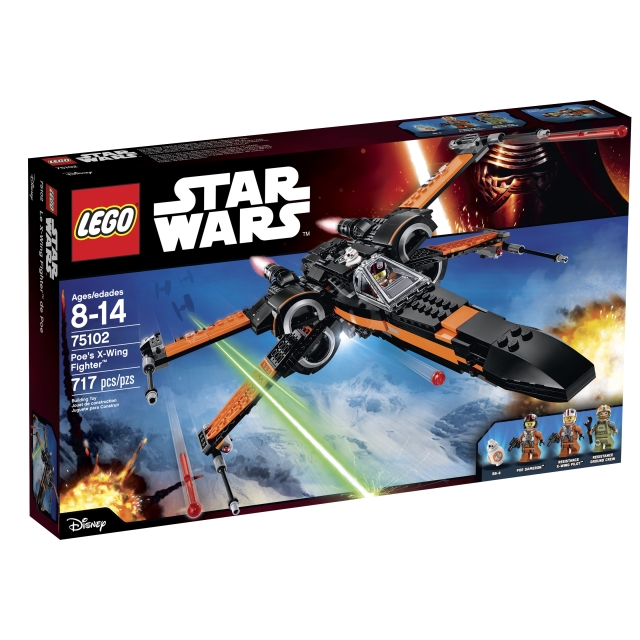 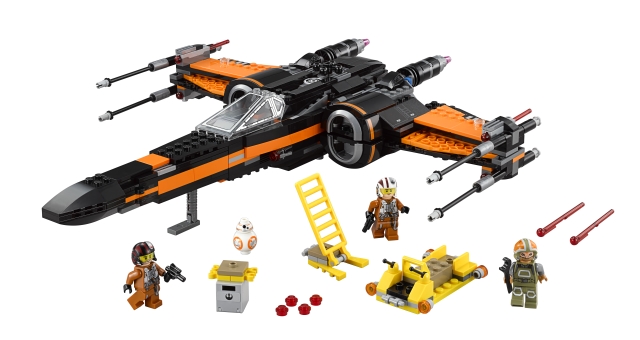 It looks nice, but a 100 EU for 1 simple X-wing? I thought the drastic price hike on the Minecraft sets was a fluke, but it seems they've started a trend

Indeed, the prices for Lego sets have been climbing up quite a bit. At that cost a completed toy would be better for the money.

I'm not really diggin' the look of the X-Wing and the Tie-Fighter for this movie.

717 pieces for 80 dollars is actually pretty much in line with most lego sets these days, it's not too far off from the 10 cents/piece ratio. The original x-wing was only 30 dollars, but it had 263 pieces so part of it is just that the sets are much larger and complex now then they were 15 years ago.

What does kind of suck is that they've shifted their pricing structure so there is a much larger barrier to get into these sets. With only 1 20 dollar set, and then jumping to 40+, it's not exactly cheap for children to get a few smaller sets. I would have liked if they at least did 1 battle pack and made a few more 25/30 range sets, though I'm sure there will be more announced in December.

I guess I'm just used to this kind of thing from a model kit stand point but I have to ask for something worth the price of admission akin to the "Masterpiece" grade Lego Star Destroyer and Y-Wing I have on my shelves.
For this kind of cost it better have some kind of major engineering feet beyond a gear driven wing assembly. I remember the old Lego set that came out years ago that used one with rubber bands and it too cost up to 70$ USD but it was a TRU "Exclusive" (Chaching) plus mini figs of Leia, Han, Chewie, Luke, and R2 (chaaaching.).

Sometimes Plamo's cheaper because of the work you have to do yourselves.
I just saw on another news page the words "1:144 scale Millennium Falcon" and a painted prototype.
45$... even with paint that's a lot cheaper than a Lego these days, but... dang it now I want legos....

It still has the gear driven wings. Lego sets really aren't about engineering feats unless you are talking about Technic. These cost more because they have way higher piece counts and are much more complex builds. Just compare the 1999 X-Wing with this one and it's like night and day.