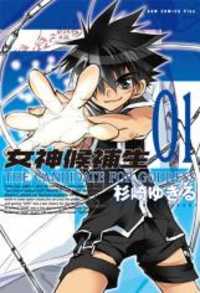 Candidate for Goddess (女神候補生 Megami Kōhosei) is a Japanese manga created by Yukiru Sugisaki. It was adapted into a twelve episode anime series in 2000 by Xebec, a subsidiary of Production I.G. A thirteenth episode was released in 2002 in the form on an OVA. This episode is currently unreleased in North America.

The anime series, entitled Pilot Candidate for its American release, was broadcast briefly on Cartoon Network's Adult Swim block in 2002, though it was originally intended to be broadcast on Toonami and edited accordingly. It was poorly received by the American audience and has yet to be reshown on Adult Swim. (Wikipedia)