Although the term "Colorforms" is technically the name of a toy company, it is often most closely associated with a particular product that company became famous for; specifically vinyl sticker playsets. Usually if someone says "I had some Colorforms", they mean these specific sets. I know I had some as a kid, but I don't remember exactly which ones. I feel like I may have had this Shogun version, but that might be a false memory.

The Shogun Warriors Colorforms Adventure set comes in a slim box measuring 12.5" x 8" x 1" and features original artwork showcasing Great Mazinga, Dragun and Raydeen. This artwork is replicated in smaller form on the sides of the box, too.

Inside the box, the owner is greeted with the vinyl stickers affixed to two pieces of cardboard and the background. The stickers consist of various parts of each of the robots that are meant to be mixed and matched or placed anywhere on the background to create a scene. There are no rules to be followed and a child can (and should) let his/her imagination go wild.

The background is a generic scene having nothing in particular to do with the source material. I do not know for sure, but I would not be at all surprised if it was also used in other sets.

Lastly, the set includes an "instruction sheet" that doesn't really do much to instruct. It mostly just extolls the virtues of these sets in general by telling you how they help your child develop different skill sets.

The Shogun Warriors Colorforms Adventure Set is a neat little addition to your Shogun collection, but it's not for everyone. And among the oddball Shogun things that were released, it might be the most readily available today. I've owned one for quite awhile now but greatly regret missing out on some original production art for the instruction sheet that sold on eBay in the past year. 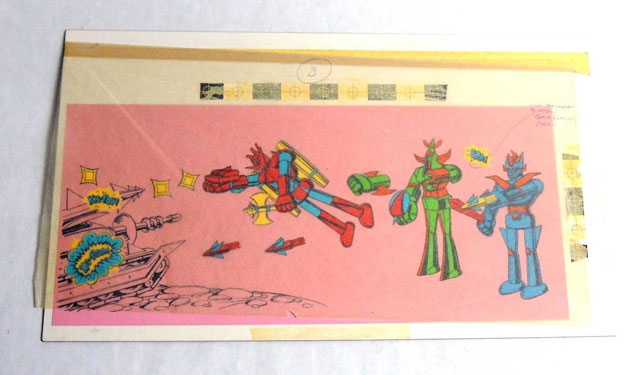 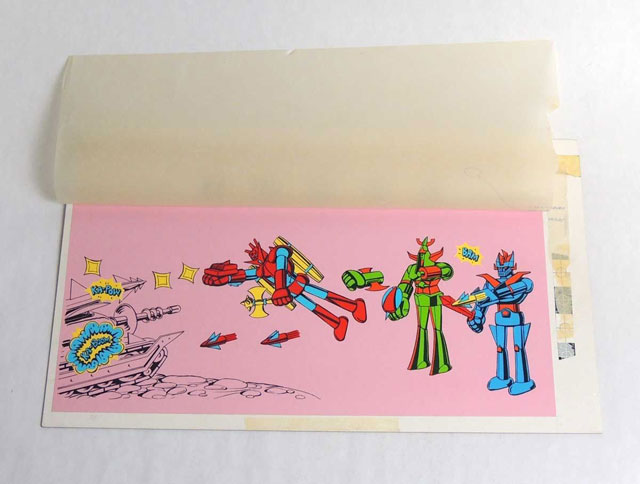 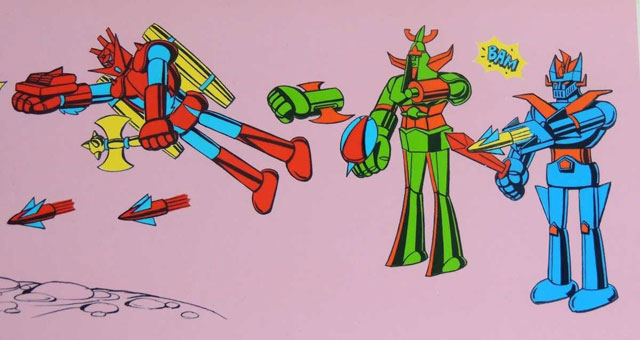 3 comments posted
awesome, i would love to get

awesome, i would love to get these for my fridge or mirrors :)

That's actually a great idea that I hadn't considered. And I just bought a new mini-fridge, too. But, although I didn't specifically mention it, you can probably guess that mine have never been removed from the original cardboard and I don't plan to be the first. That's why I didn't include any pictures of them actually placed against the background. Maybe I should grab an extra at some point.

yeah, I don't blame you, but one could find a used or incomplete set for cheap...