Black Z (Z being Zeta in the Greek Alphabet) is the last of this series that I am going to cover. It's incomplete, but worth chronicling.

It's shown on the side of the box of Battle Σ, making this technically #2 in the series. 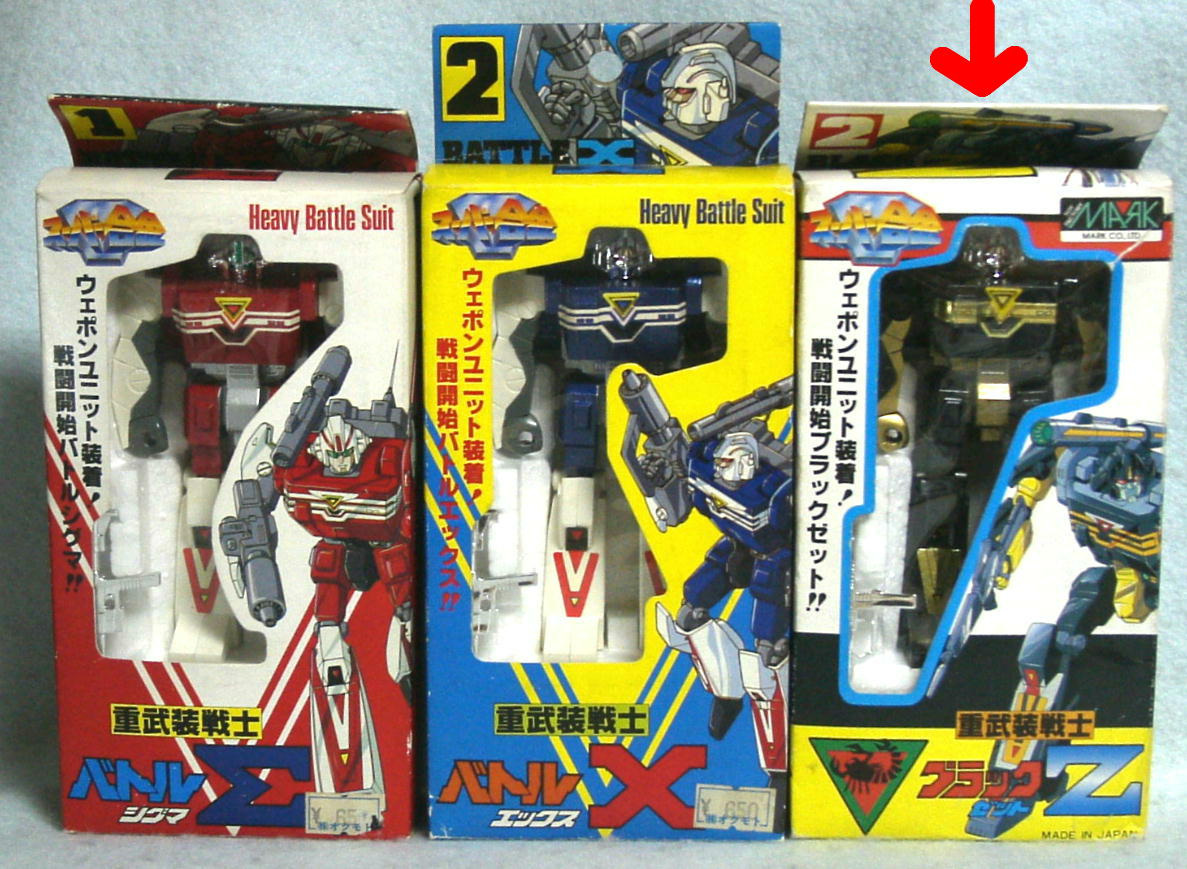 You can see that the head is the same as Battle X, but this actually means Battle X's head came from Black Z.

It's supposed to have armor like the others, but of course, mine is missing.

There are other versions out there of this toy, including the Super Armored Jet, which is this toy with an amazing suit of armor (in two colors!). I wouldn't be surprised more didn't show up.