Elder Predator is one of the Predators shown at the end of Predator 2 when Danny Glover enters the Predator's ship. They are kind of "blink and you'll miss them" characters, but it seems Hiya is committed to doing them all in their Exquisite Mini series. This particular predator is the one that hands Danny Glover the pistol in the ship.

Thanks to Hiya Toys for the review samples. You can get yours at Amazon.

The box is compact, and similar in style to a S.H. Figuarts box.

The Elder Predator has the most accessories of the three released in this wave.

The amount of detail and the layers to this figure are fantastic. The body has many layers of soft rubber parts over the chest, each head tendril is flexible, and even the shoulder mounted cannon moves in two places. It's hard to imagine that this figure is ONLY 20 bucks.

The wrist gauntlet is a separate molded part that fits around the arm. Articulation is great with double ball jointed neck, ball joint shoulders,  hinge elbows, ball and socket hands, ball jointed chest, ball joint hips, swivel thighs, double jointed knees, and hinged ankles. Each foot has a hole for a peg. The only thing I think these are missing is hinged toes because the big feet make posing options without the stand limited.

Its tough sometimes to see the detail in a figure of this size. Elder predator is only 4 inches tall! But the paint detail, especially around the head, is fantastic.

For weapons, the Elder Predator includes a large knife, a flintlock pistol, and a large spear.

The flintlock is the one given to Danny Glover at the end of the movie. It's a sign of respect from one warrior to another. But just look at the detail on the gun! It's only about 1/2 an inch long! 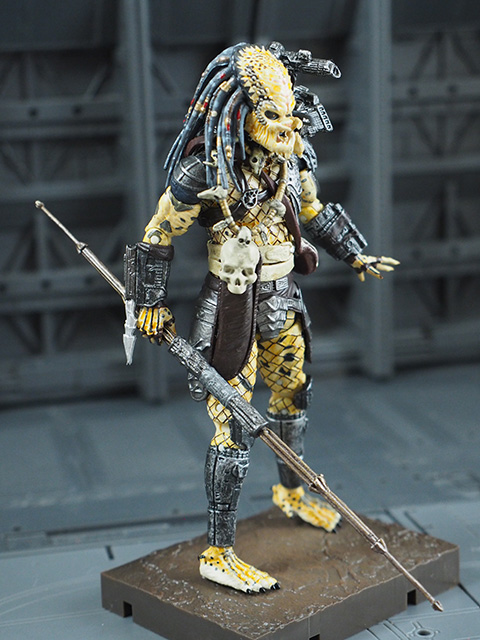 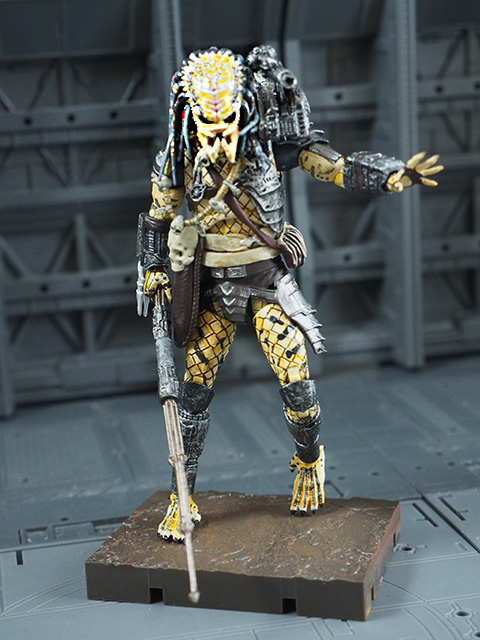 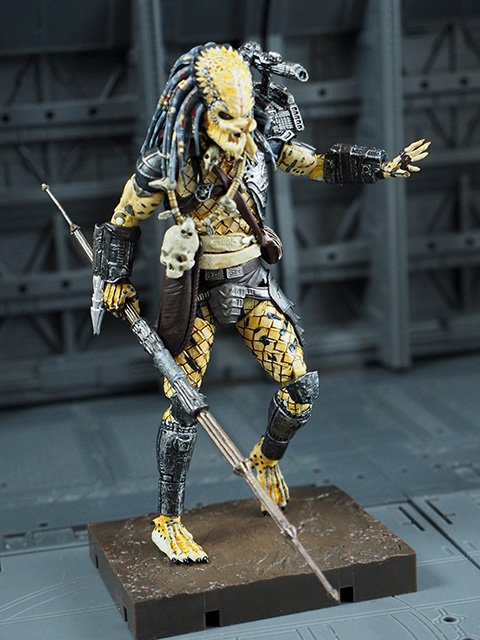 Stay tuned as we review the other two Predators released in this wave - Boar Predator and Warrior Predator!

Thanks to Hiya Toys for the review samples. You can get yours at Amazon. 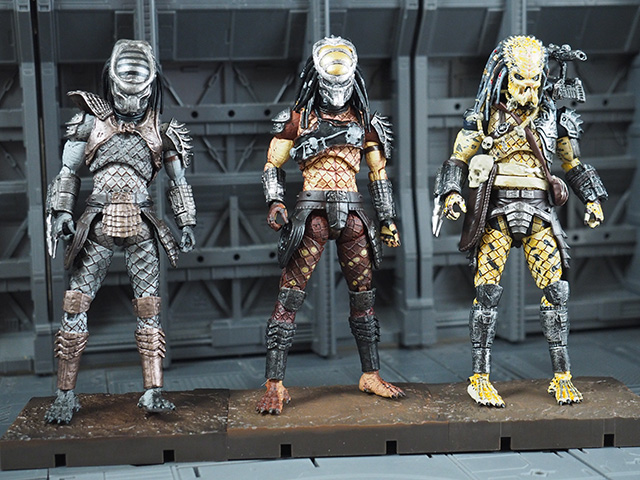 - Apparently, this is basically the Predator suit from the first movie, just aged a bit to seem like an Elder of the race. It's also played by the same actor!

- The other Predators in this line come with a disc, this one does not.

- There are 9 "Lost" Predators, so far Hiya has released 6 of them.